Colonial relics and modern high-rise, mayhem and order, flashy and modest, rich and poor. They all have a place in a city called Mumbai. A city that pulsates to the rhythm of your heart as you dodge two-wheelers, three-wheelers and four-wheelers from all directions; it’s a place you will need to see, smell and hear to fully experience. I got to spend a day in Mumbai, this restless, turbo-charged city where millions chase their dreams.

My friend T has recently arrived in Pune, India for a six-month assignment. He was very sweet to take a 3.5 hour drive into South Mumbai to come hang out with me for the day. We met at the Leopold Café on Colaba Causeway to devise our itinerary for the day.

Laid back and exuding old world charm, the family-run Leopold Café is popular for its well-priced international café fare and beers. Its fame grew from its extensive mention in the bestselling 2003 novel Shantaram by Gregory David Roberts and then spread like wildfire after it was ravaged in the November 2008 Mumbai terror attacks. This is a great spot to have a bite before the day’s activities.

Staff are very friendly and quite obliging in pointing out to us curious tourists the bullet holes that remained from the terror attacks. Here’s one of them, in a pillar at the entrance to the café.

Colaba Causeway itself, where Leopold Café is located, is lined with makeshift stalls down the entire stretch. From miniature Taj Mahal replicas to costume jewelery to books, it’s the perfect place to sharpen your haggling skills and pick up some souvenirs for home.

Located just minutes’ walking distance away is the Gateway of India at the harbour of Mumbai, a monument erected to commemorate the landing of their Majesties King George V and Queen Mary when they visited India in 1911. It was also the ceremonial entrance for dignitaries to India. Today, the 26-metre high basalt arch is a popular gathering haunt for tourists and locals (“Mumbaikars”) alike.

Opposite the Gateway of India is the magnificent Taj Mahal Palace and Tower Hotel. Famous for her ornate heritage facade and extravagance within, the hotel is on par with the “floating” Lake Palace Hotel in Udaipur (yes that palace in James Bond’s “Octopussy”) as one of the India’s best-known and best-loved hotels. Interestingly, the side of the hotel that faces the harbour and the subject of most photographic interest is actually the rear of the hotel.

The Hotel was under siege for three days during the Mumbai terror attacks that began on 26 November 2008, dealing a heavy blow against a symbol of Indian affluence and progress. It took almost two years and tens of millions of US dollars to fully restore the hotel. May there be only love, peace and curry in Mumbai!

Next stop, a short ride by cab, is the Chhatrapati Shivaji Terminus (formerly Victoria Terminus, also popularly known as VT or CST), the busiest railway station in India and a UNESCO World Heritage Site. A collaboration between British architects and Indian craftsmen, the spectacular building is a paragon of Victorian Gothic Revival architecture in India. The Terminus was built over ten years and completed in 1888.

Not far from Chhatrapati Shivaji Terminus is the infamous Chor Bazaar. Literally meaning Thieves Market, Chor Bazaar is a busy street flanked by numerous shops selling anything from wooden furniture, old auto parts, gramophones to cameras, lamps, antique clocks and other vintage curios. If you are game for some antique-hunting, this old flea market can be such a delight. 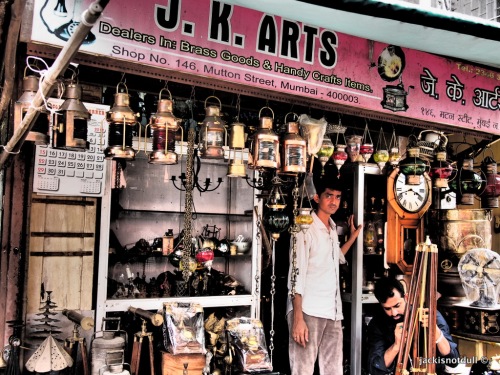 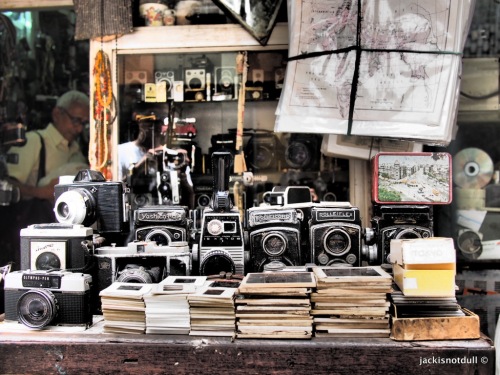 Roaming around Chor Bazaar, we stumbled onto another spritely street crammed with stalls selling dried sweets and other provisions. 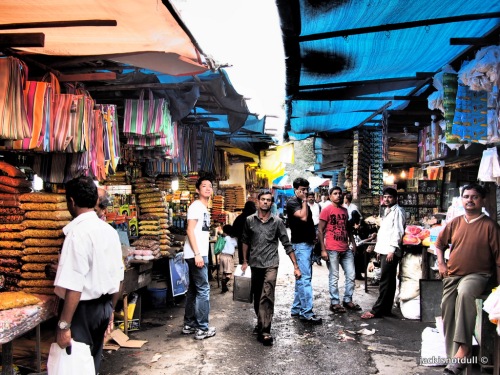 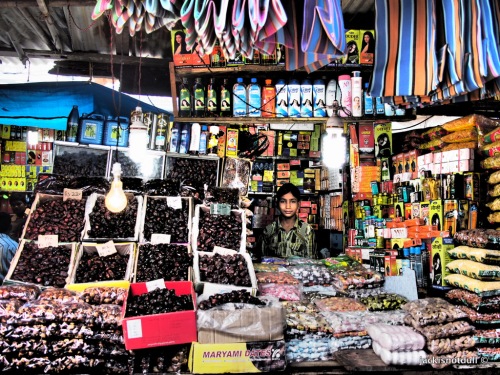 Hopping into our cab once more, we made our way to Haji Ali Dargah.

Haji Ali is a venerated tomb (dargah) where the Muslim Saint Pir Haji Ali Shah Bukhari (R.A.) rests. Devotees from all over, regardless of caste, creed and religion, visit the tomb and mosque to offer their prayers and seek the blessings of the legendary saint.

Located on an islet half a kilometre off the shoreline of Worli, Haji Ali is connected to the Mahalakshmi area by a narrow causeway that is impassable when the tide is too high. The walk along the causeway accompanied by the cool spray of sea water and the warm caress of the breeze is in itself a divine experience.

Alas, our adorable cab driver Moshin who took us around the entire day was more adept at meandering South Mumbai’s chock-a-block traffic than at reading the tides. We arrived at the Haji Ali when the tide was too high for us to cross the causeway and could only admire from afar. 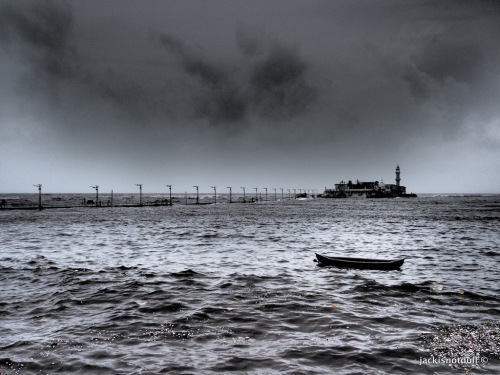 We weren’t the only ones who got the tides wrong.

And of course, you can’t claim to have seen Mumbai without a visit to Dhobi Ghat, the largest open-air laundry in the world. On our way in, a man asked for 100 rupees (approx. USD 1.80) from each of us as a contribution to the welfare fund for the dhobi families living on the compound. We gladly obliged of course, after which he promptly excused himself, never to be seen again.

Dhobi Ghat was an eye-opening experience for us and definitely the highlight of our adventure in South Mumbai. I highly encourage a visit; just be mindful not to be a nuisance to the dhobis at work. 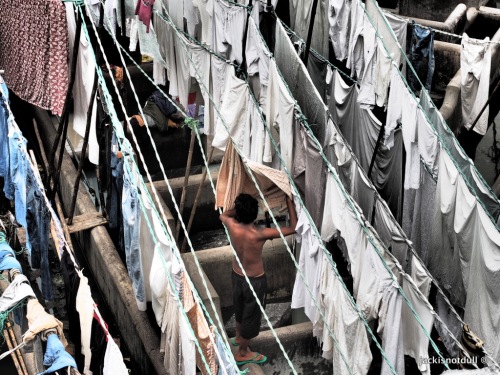 Life is tough for the common man in Mumbai, but Mumbaikars embrace their life in the city of dreams. Everywhere we looked, there is always a ready smile on a Mumbaikar’s face. The warmth, the energy, the drive, the conviction; it’s infectious. 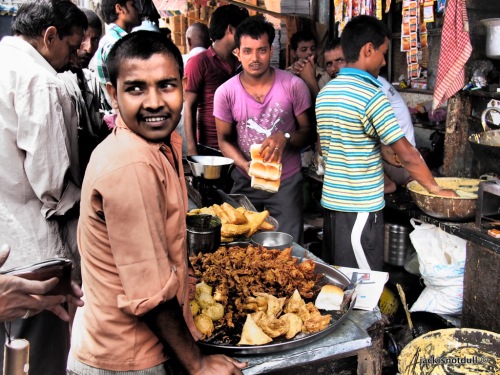 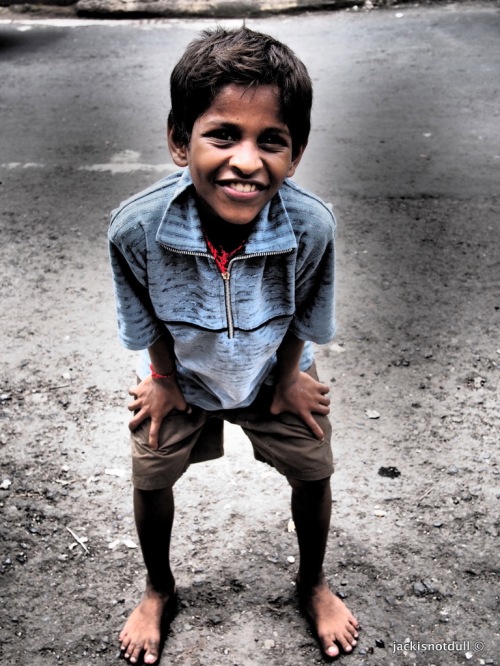 Be back soon to visit. This time, I will check the tides myself. 😉

One response to “Mumbai, City of Dreams”