Paris is beautiful; what more can I say? Here are some postcards from The City of Love when I skipped through recently.

Beginning at Pont Neuf along the River Seine

Pont Neuf – despite its name, is the oldest bridge in Paris, celebrating its 400th birthday in 2007

Then down Boulevard du Palais 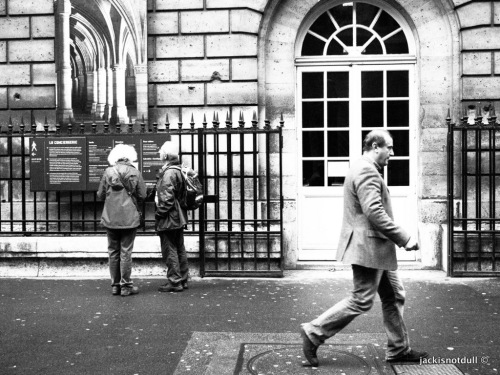 La Conciergerie is the 700-year-old former royal palace and notorious prison during the French Revolution that became the last address before the guillotine for Marie-Antoinette and 2,700 others.

High security outside the Palais de Justice on Boulevard du Palais, law courts where justice of the state is dispensed

Visitors queuing to enter La Sainte-Chapelle. Founded by the crusader king St. Louis, the chapel houses his collection of Passion relics and 16 enormous stained-glass windows that illustrate more than a thousand biblical scenes.

Junction of Boulevard du Palais and Rue de Lutèce, Paris’s original name when it was founded in 250 B.C.

The Notre Dame Cathedral is one of the finest examples of French Gothic architecture and among the largest and most well-known churches in the world ever built. Construction is ongoing in the foreground for the celebratory events for the 850th anniversary of the Notre Dame in 2013.

Pont de l’Archevêché, the bridge near Notre Dame, where passers-by have attached numerous small padlocks as a symbol of love

Next to Sacré-Coeur in Montmartre 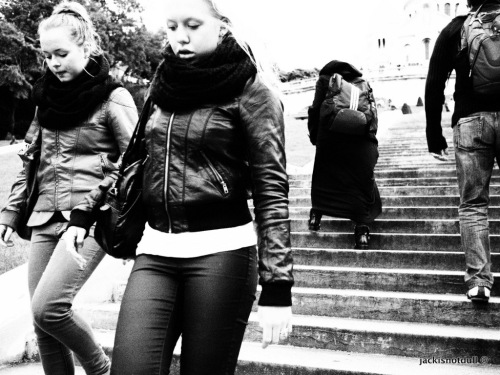 Up the some 300 steps to Sacré-Coeur 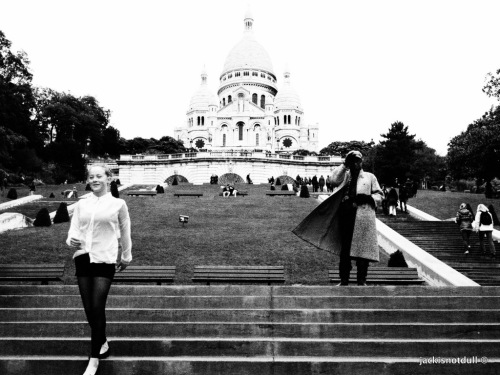 La Basilique du Sacré-Coeur is located at the summit of the butte Montmartre, the highest point in Paris.

Sacré-Coeur is a Roman Catholic church and minor basilica, dedicated to the Sacred Heart of Jesus.

Okay I realise my obsession! 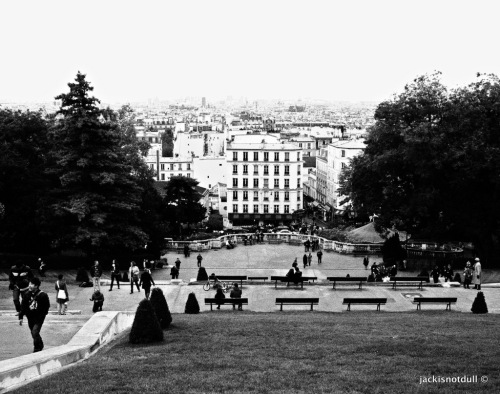 View of Paris from Sacré-Coeur

Abbesses Metro Station that sits between the ultra charming neighbourhoods of Abbesses and Montmartre lined with quaint shops, cafes and restaurants and famous for being the filming locations for the movie Amélie. The Abbesses metro station is one of the deepest in Paris, at 36 metres deep.

3 responses to “Postcards from Paris”