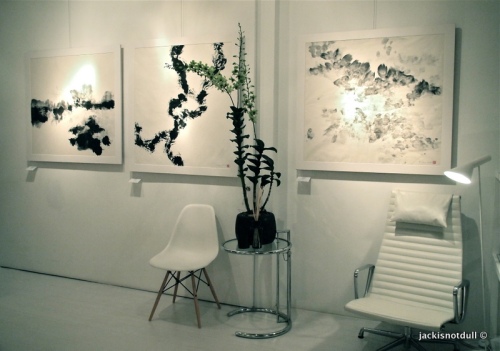 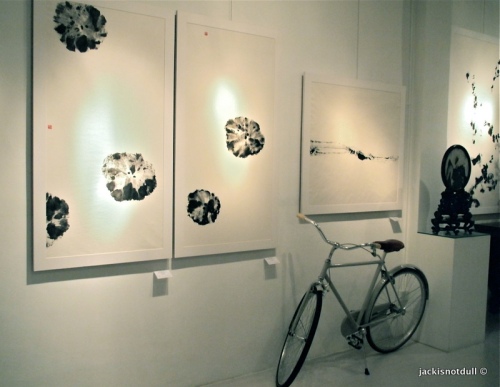 Dr BergerCardi, whose mother is also an artist, is a plant biologist and has been studying Chinese ink painting since 2008 under the tutelage of Mr Lin Choon Jin and currently under Mr Lim Kay Hiong at the Nanyang Academy of Fine Arts (NAFA).

His current exhibition seamlessly expresses the many forms of water, using the element itself as the main medium in creating textures and patterns, complementing the brushstroke techniques to create the contemporary flow of streams, rivers, clouds and lotus ponds.

Dr BergerCardi’s works displayed control yet liberation, overwhelming us with a feeling of inner calm and surreality, all the more accentuated by the suitably tranquil and refined environs of Oasis Gallery. 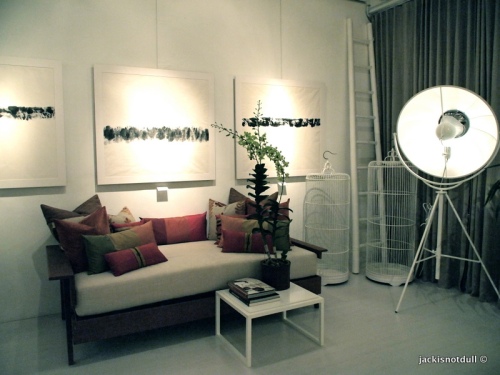 In his Lotus Pond series (below), the artist uses the life cycle of the lotus to symbolize the natural cycle of water, from rain to streams to rivers, ponds and the ocean, back to clouds. Representing the lotus in its many shapes during its life cycle provides unparalleled freedom to the artist – from bird’s eye views of lotus ponds to the exploration of the lotus leaves as microcosms of contrasting ink tones. 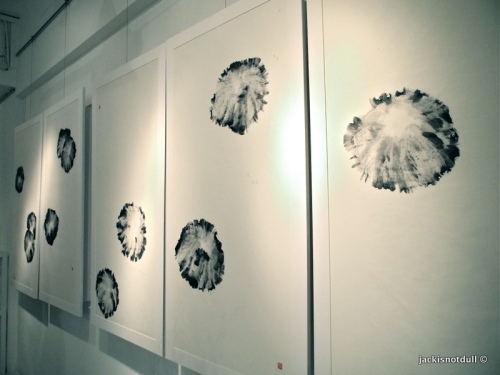 In his Cloud series, the artist uses the very essence of water and its dilution of the ink to determine the varying tones of textures and patterns. Hence, water without brush is used in this series as the medium of painting, expressing its own incarnation as vapour and its interplay with light. 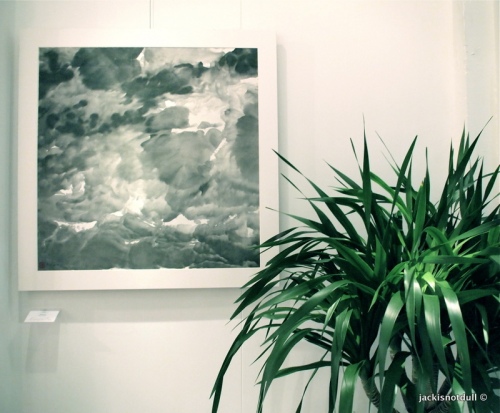 Throughout the evening while we marveled at the understated beauty and elegance of his paintings, the soft-spoken and affable artist, clad in a smart blue chinaman’s button down shirt, took time to speak to his guests and art patrons on his works. 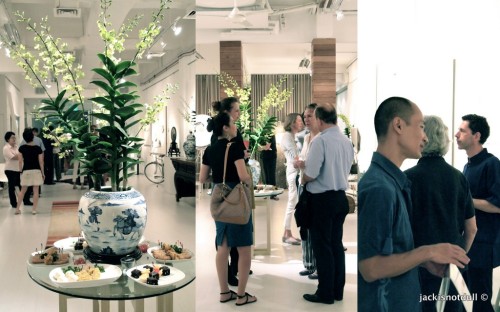 The “L’esprit de l’eau” exhibition is on at Oasis Gallery till 16th September 2011. Don’t miss it!

One response to “L’esprit de l’eau by BergerCardi”